More than 84% of world trade is mobilized by maritime transport. The integration of land transport with ports has become essential and has had an impact in the complexity of logistics connections. The dynamic nature and importance of maritime transport have repercussions on the environment in the form of noise and air pollution or traffic congestion, among others. Despite the fact that CO2 emissions of container vessels are, comparatively, much lower than air freight emissions, a very large 18,000 TEU container vessel emits 3 grams of CO2 per tonne/ kilometre. Recent studies also suggest that maritime transport contributes to 3.5 – 4% of the pollution with sulfur, a highly carcinogenic agent. 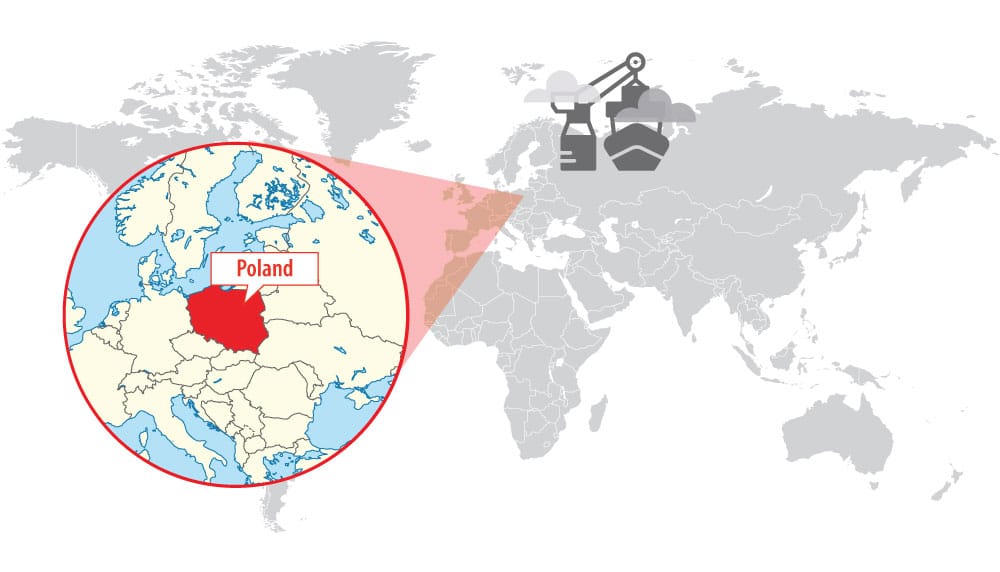 With more than 37 million tons of trans-shipments, the Port of Gdansk (Poland) is one of the largest seaports in the Baltic Sea. The Polish Government is aware of the significance of sea transport in world transactions, currently and in the near future. “The constant growth of maritime trade and the privileged situation of Poland in the Baltic region forces the country to invest in the development of its port infrastructures”, as pointed out by Deputy Minister of Maritime Economy, Grzegorz Witkowski.

Feature Forest is a Polish start-up, specialized in developing software solutions for the IoT, taking advantage of data science methods. The company, together with 15 other start-ups, has successfully accomplished the so-called Space3ac Acceleration Program, a project which seeks the minimization of port activity impact as well as solving the problems of transportation industry players in the surrounding areas of the Gdansk Port.

The participants of Space3ac were chosen from around 130 teams which deliver solutions for the intermodal transportation sector. During the program, Feature Forest had the opportunity to implement the “” project in the Port of Gdansk, based on Libelium technology.

The system allows the immediate detection of hazardous chemical compounds polluting the air. Using an app, customers of Feature Forest can monitor the state of air pollution at a given location, in real time. The app compares the level of pollution with the norms and alerts if they are exceeded. It also allows the prediction of the spreading of monitored chemical compounds. The solution is fully scalable and flexible, it meets the requirements of several industries, always taking into consideration their specifications.

The initial requirements of the project establish the necessity of an easy-to-deploy, off-the-shelf solution with calibrated sensors and production site in the European Union. Feature Forest chose Libelium because they “were aiming for a short lead and deployment time, from a reliable supplier”.

This project aims to localize the sources of air pollutants in the area of the port, such as the birthing of vessels, the heat and power plants, the cargo handling activities, the surrounding industry or the raising road and railway transport. The nodes are located nearby potential sources of pollution, then information about gas concentration is correlated with wind direction and speed. 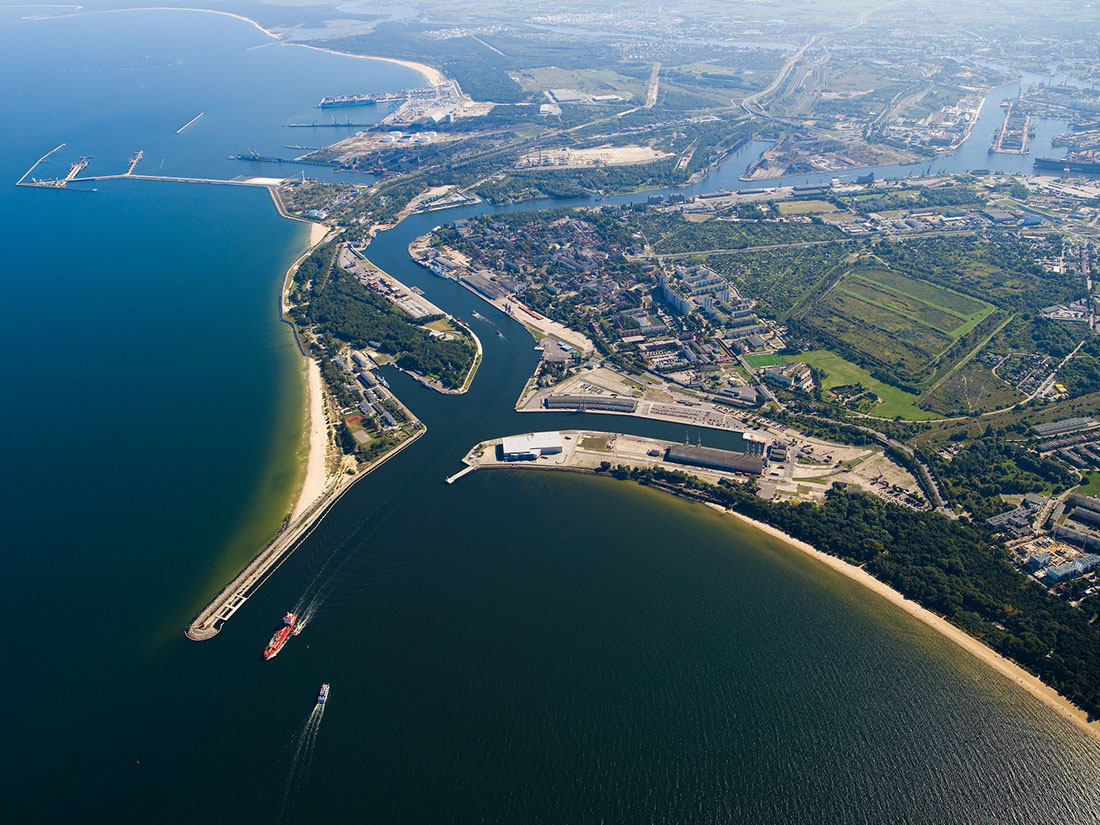 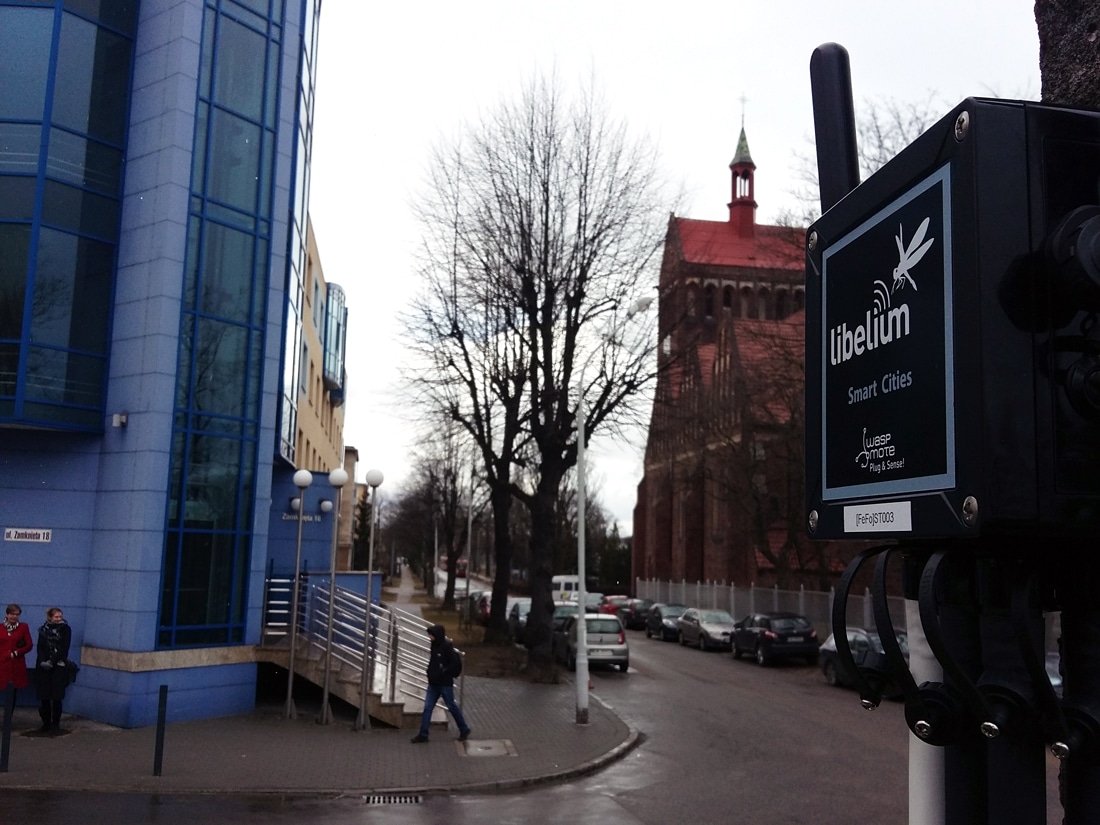 Additionally, controlling gas levels in the area helps to verify the intensity of the local industry in terms of pollution concentration, a primary study for models of pollution emission derived from port operations plans and industry in the area: the power and heat plant of Wybrzeże, the Gdansk Refinery, the shipyards and other factories.

The Waspmote Plug & Sense! sensor nodes gather information from the environment and send it via  wireless communication protocol to the Meshlium Gateway 4G 802.15.4 AP 868 EU. Once the information is received, Meshlium has been set to send the data in MQTT, a publish/subscribe, extremely simple and lightweight messaging protocol. The MQTT broker and the app are deployed on proprietary hardware and software, where the information is processed and offered in a dashboard.

This project’s revenue is clearly divided into three different benefits:

Feature Forest praise Waspmote Plug & Sense! as a verified, calibrated and easy-to-deploy measurement solution with a wide variety of sensors and communication protocols available, all made and designed by a European company with more than 10 years experience in the Internet of Things. “Libelium solutions almost perfectly fit into our needs” states Piotr Woźniak, CEO of Feature Forest.

“We appreciate the effort of Libelium to deliver the equipment in a short time, this was crucial for the success of the project. It was a pleasure to cooperate with engaged and competent professionals from Libelium” adds Woźniak. “The quality of the equipment met our expectations. This positive experience has motivated us to use Libelium hardware as a base for upcoming solutions to offer to our customers”.

Magdalena Korpalska, Chief Environmental Specialist in Port of Gdansk adds: “Pollution emissions from the port activities can negatively impact the local environment and human health. Port of Gdansk Authority S.A. believes that constant monitoring and evaluation of the pollution emissions from the shipping operations are important aspects that must be studied. The system tool proposed by the Feature Forest is a screening web-based, easy-to-use interface tool with an intended purpose of monitoring the concentration patterns of three compounds: ammonia, hydrogen sulfide and phosphine. The tool gives us a really important knowledge about relative contributions of air emissions from various sources caused by the mobile source emissions related to commercial port activities. Port of Gdansk S.A. highly supports all the initiatives that concern environmental protection and underlines that the so far cooperation with companies like Feature Forest is a very interesting and promising experience.” 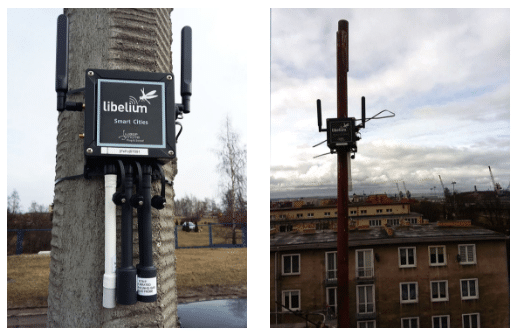