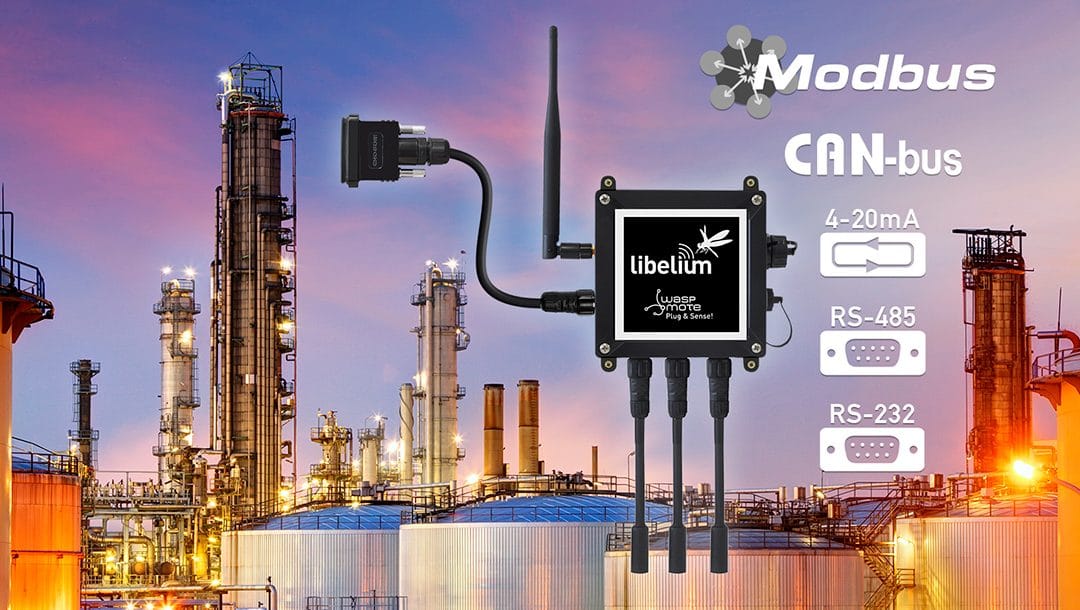 The new modules support the most widely used industrial communication network protocols such as RS-232, RS-485, CAN Bus, and Modbus, used for the process as varied as industrial automation, building automation and automobile applications, for sensor network capability in remote or factory floor environments. In conjunction with the new modules, Libelium has released a special Plug & Sense! model to connect 4-20 mA sensors (current loop), the most commonly deployed in industrial environments.

“Interoperability, reliability and scalability are invisible assets required in any IoT project for industrial environments. In this sense, we are providing solutions to approach the capabilities of our multi-protocol wireless sensor platform to industrial devices”, says David Gascón, CTO at Libelium. 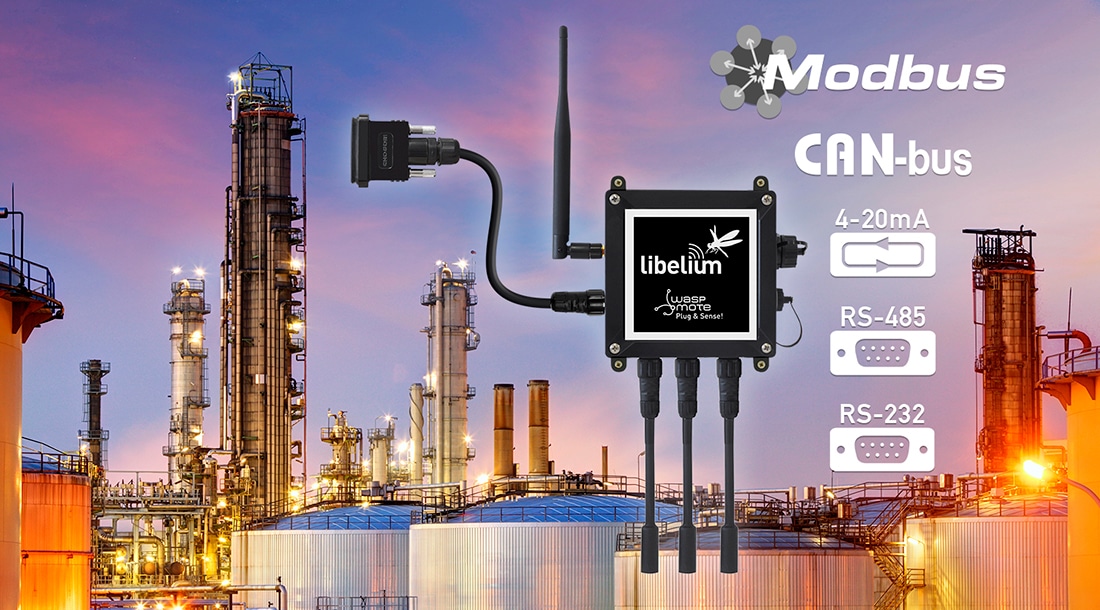 1st Connect any sensor to an existing industrial bus.
Plug & Sense! can be configured to work as a node in the network, inserting sensor data into the industrial bus already present. Plug & Sense! can obtain information from more than 120 sensors currently integrated into the platform by using specific sensor boards (e.g: CO, CO2, temperature, humidity, acceleration, pH, IR, luminosity, vibration, etc). This way, the sensor information can be read from any industrial device connected to the bus.

2nd Add wireless connectivity to wired buses.
Plug&Sense! can be configured to read the information from the bus and send it to the Libelium IoT Gateway using any of the wireless radio modules available: 802.15.4, 868 MHz, 900 MHz, WiFi, 4G, Sigfox and LoRaWAN. 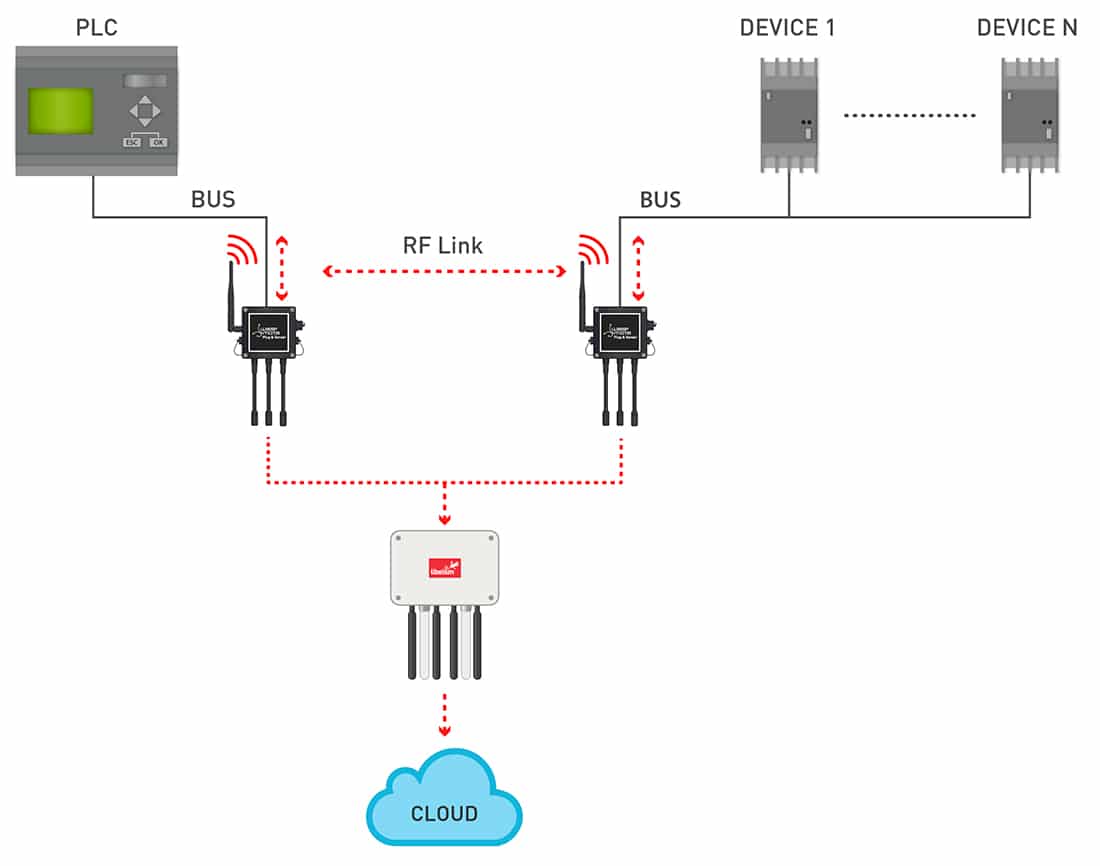 3rd Connect industrial devices to the Cloud.
Plug & Sense! can be configured to read the information coming from the bus and send it via wireless directly to the Cloud using WiFi or 4G radio interfaces.

The industrial protocols cables for Plug & Sense! come with a robust DB9 waterproof connector perfect to connect even in outdoor environments. For the 4-20mA sensor board is used the standard sensor probe connector. Besides, users can select from a wide range of communication protocols as Plug & Sense! can operate with the 4G and WiFi connectivity modules for broadband required projects or use low power and wide area radios like 802.15.4, LoRaWAN or Sigfox.